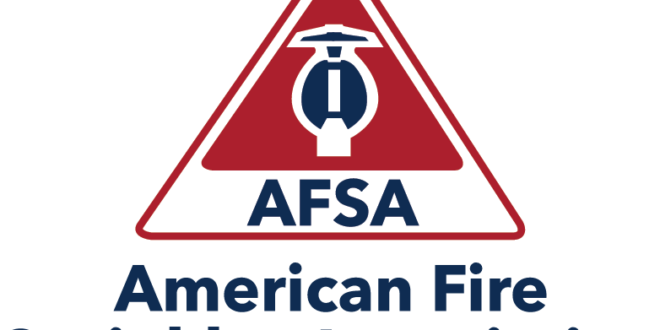 The American Fire Sprinkler Association (AFSA) Manufacturers/Suppliers (M/S) Council elected its 2021 officers in August 2020 and were proud to announce them during their annual meeting in September 2020, which was held via Zoom. Chris Stason of Victaulic Company in Temecula, California, will continue to serve as chair of the Council, and Derek Allen of Core & Main in Hayward, California, will continue serving as vice chair of the Council.

Jim McHugh of AGF Manufacturing, Inc. in Malvern, Pennsylvania, and Mark Abernathy of Bull Moose Tube Company in Chesterfield, Missouri, were re-elected to three-year terms, expiring in 2023. Matt Baker of Spears Manufacturing in Sylmar, California, was newly elected to a three-year term expiring in 2023. Finally, Michael Mottice of Johnson Controls in Hillard, Ohio, was elected to fill the Johnson Controls vacated seat.

Newly elected council member, Matt Baker looks forward to serving on the council, saying, “I am honored to have been selected to be on the AFSA Manufacturers & Suppliers Council, representing Spears, to further the commitment [Spears] has to the industry, the association, and the professionals it serves.”

In fact, all members are anticipating a year of making a great difference on the Council. With the 40th anniversary celebration of AFSA top-of-mind, Stason says the council couldn’t be more enthusiastic for the upcoming year. “The M/S Council is looking forward to the 40th anniversary of AFSA and working with Chair Wills to ensure that the year is very prosperous for the membership.  With a new leadership team set in place, we look forward to working with Bob Caputo and the AFSA staff to help facilitate training, leadership, and membership initiatives, goals, and objectives to make 2021, the organization’s 40th anniversary, one for the memory books.”

AFSA members are encouraged to contact M/S Council representatives with questions or ideas. If you are interested in becoming more involved with AFSA, the Council encourages you to do so! Consider investing in the future of your industry by getting more active; please also consider the time and financial commitment required to attend meetings and work on AFSA programs. The M/S Council will meet on these dates in 2021: January 25-26 (tentative); April 12-15, July 20-22, and September 18-21.