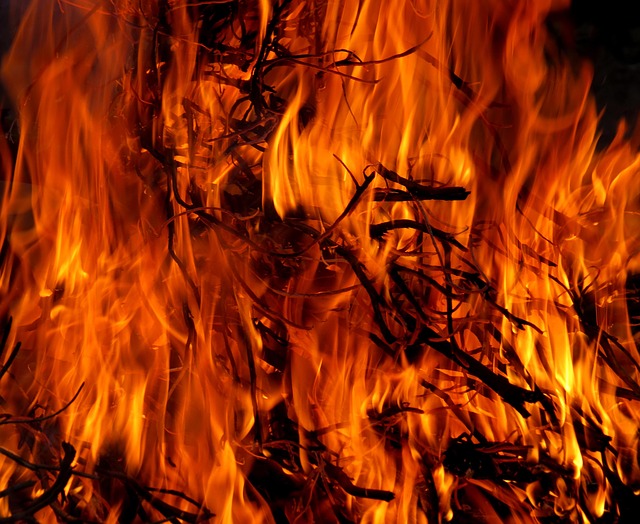 I am not sure whether every state practices this, but in California there is a system whereby friends and family members can place a memorial on a highway indicating where someone had died in a traffic collision. Often the memorial is a wooden cross and some plastic flowers. Sometimes it is a small sign. I can’t help but wonder every time I go by one of those mini-memorials, about how many of them must there be in the entire state. Over time, many of them disappear due to lack of maintenance, or they are removed for other reasons. But in every case, the memorial serves as a reminder of a tragic loss.

How do we memorialize our tragic losses? Or, better yet, how do we memorialize our successes? Have you ever had the experience of driving down the street and observing buildings that you have had fires in and the building still remains? You saved the building. You may remember the fires, but nobody else does. There are no mementos or memorials for fire successes in our buildings. Perhaps there should be. And, here is the reason why.

The education process for sprinklered occupancies is a very important part of managing the community’s perception of fire protection policy. Perhaps we should have some type of a symbol that we put on a building that indicates that a sprinkler successfully suppressed a fire. Not unlike the gold star we once put in our windows to recognize war veterans, these symbols could serve as a reminder that sprinklers worked. The symbol could be mounted next to the address or placed on a mailbox post to serve as a constant reminder that, “Yes, a fire occurred here,” but the building remains intact.

In my career, I have gone on hundreds of fires. I can remember almost every single one that involved sprinkler performance. Some of which were outright spectacular. I once had a fire in a commercial building that activated almost all the heads due to fire in the insulation that ran above the heads. Nonetheless, the building survived and is still standing today. I have been on numerous apartment house fires where sprinklers confined the fire to the room of origin. Lastly, I have gone on single-family dwellings in which sprinklers restricted the fire to the area of origin and people were able to sleep in their own home the same night. But, these memories reside in my institutional memory, not in the minds of the overall community.

By placing this symbol in some visible location it would serve as a reminder that sprinklers played a role in suppressing a fire. Quite frankly, it could even stimulate conversation as to why the symbol is there in the first place. Again, the answer is, a fire occurred here, but was suppressed successfully by sprinklers. A department’s website could be used to tell the story for those that lacked knowledge of fire sprinklers in the first place. The stencil might include the department’s website. On the website the department would publicize the location of fire sprinkler activation.

If the community would not tolerate this type of recognition, then a fallback position might be to make sure that our run cards and our dispatch information contain information on sprinkler installations. Perhaps in our computer based dispatch systems we could incorporate a symbol that would let the firefighter know that a fire had occurred in the building before and/or that the building is fully sprinklered.

There is a growing effort by the fire service to have information visible to the first in firefighter. An example of this might be the placarding that is being recommended for buildings that have lightweight construction. It would seem that if we are going to look for one specific type of risk, we should be able to determine if risk mitigation is also present. Perhaps this could be incorporated in our pre-fire planning efforts.

There would be detractors for this concept, I know. Some folks may not like having it advertised that they had a fire. So, let’s go back to the image I mentioned in the opening of this article about mini-memorials for traffic fatalities. They are tolerated because they send a message. The message we need to send is as positive as we can get: a fire occurred here, but the building still remains. Currently, the fire service is embracing the community risk reduction concept in a very aggressive manner. Embracing that concept might lead to an even more comprehensive approach of identifying risk and hazards and incorporating them into our response criterion.