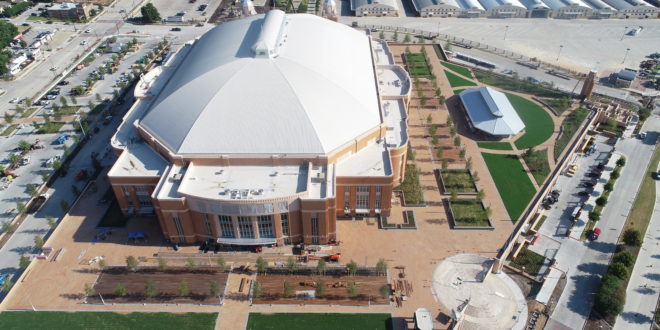 Construction commenced at Dickies Arena in Fort Worth, Texas with a “Let the Dirt Fly” groundbreaking ceremony held on April 18, 2017, but for AFSA member American Automatic Sprinkler, Inc. (AAS) of Fort Worth, one of the largest merit-shop fire protection contractors in Texas, preparations started weeks prior. As the winning bidder for the fire protection contract, AAS Owner and President Todd Templin and company had weekly meetings to coordinate the massive job which included approximately 6,500 sprinklers in the 560,000 ft2 Dickies Arena.

The $540 million arena, which is scheduled to open November 2019, took two years to complete, and at its peak had roughly 70 AAS employees onsite, according to AAS Project Manager Brian Prestwood, who was on the jobsite from day one. “We’re working on the project with the Beck Group, who has been a valuable partner of ours for the last 25 years. We appreciate the fact that [AAS was] selected to work on the project.”

The Beck Group, the project’s general contractor, committed to completing the project by November 26, 2019, with a countdown clock displayed in their worksite headquarters. At peak work, 900 laborers were on hand at the jobsite, with more than 4,000 being employed throughout the project. They laid 41 miles of plumbing, 24 miles of HVAC equipment, 1.3 million bricks, and will have worked nearly 4 million man hours when the project is done, according to Beck stats.

Jeff Clark, AAS’s lead designer on the project, worked onsite for several months to manage the details of the job. “The building was totally modeled out and has 23 wet systems, four dry systems, and 19 pre-action systems. For the event area, there are different levels where we had to keep the pipe to a minimum because there are low ceilings, but when you get up the suite levels, some of the special ceilings and chandeliers do make for a special arrangement because of different ceiling elevations and architectural features, like slopes and bridges that are supported on one side by structure and the other side by cabling.”

The Fort Worth-based Dickies, the world’s leading performance workwear brand, was awarded the naming rights partner for the venue, which will be owned by the City of Fort Worth and managed by the not-for-profit operating entity, Trail Drive Management Corp.

Fort Worth billionaire Ed Bass’s Event Facilities Fort Worth partnered with the City of Fort Worth on the 14,000-seat multi-purpose arena, located adjacent to the existing Will Rogers Memorial Center campus. Fort Worth’s contribution is capped at $225 million paid from user taxes, meaning the bulk of the project is privately funded. George Strait is scheduled to play November 22 and 23, 2019, as one of the arena’s opening acts. The arena will attract a wide variety of high-quality entertainment options to the Fort Worth area including concerts, sporting events, and family shows, as well as host the month-long Fort Worth Stock Show and Rodeo in January. In addition to exciting entertainment and sporting events, Dickies Arena will have the capacity to accommodate conventions, exhibit events, business meetings, and private receptions with flexible meeting and event spaces ranging in size from 685 ft2 to 91,315 ft2. For additional details, visit dickiesarena.com. 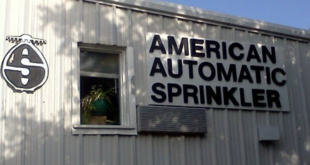