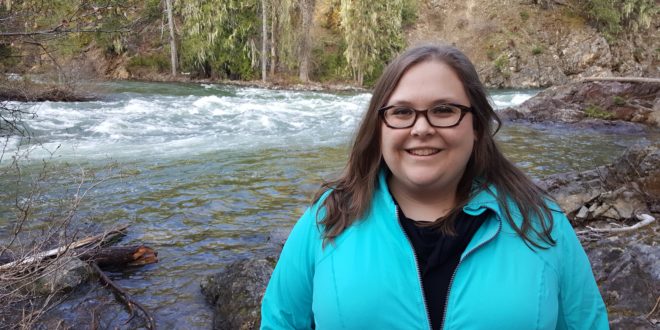 Her whole life, Tiffany Moore has sought to make the world a better, more beautiful place – literally and figuratively. The third-generation fire sprinkler contractor grew up with one foot firmly rooted in fire protection and the other in the world of art in Issaquah, Washington – a historic mining town 15 miles southeast of Seattle.

Now, the 32-year-old director of operations at Moore Fire Protection is blazing her own path in the fire protection world through her involvement with the Washington Fire Sprinkler Coalition, the American Fire Sprinkler Association’s (AFSA) Pacific Northwest Chapter, and the AFSA’s NextGen Initiative.

For these reasons, AFSA is pleased to announce that Tiffany Moore of Moore Fire Protection in Issaquah has
been elected by her peers as recipient of AFSA’s 2017 Young Professional of the Year (YPY) award. The award highlights the efforts of a young and talented fire protection professional, who is under 40 and demonstrates exemplary technical, professional and inclusive leadership skills not only in their own businesses, but also at a national level. The second annual award will be presented during the general session of AFSA36: Convention, Exhibition & Apprentice Competition at the Bellagio Las Vegas.

Be What You Desire She grew up around her family’s fire sprinkler business, but her mother was an artist. “Those were the two worlds I was around, and I chose the art path and went to school [at Rhode Island School of Design to study Illustration],” Moore recalled of her start. “It was 2007 when I graduated, so right before the economic crash.” 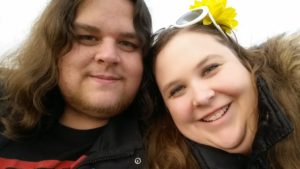 Over the last five years, Tiffany Moore has helped grow Moore Fire from a small family business to a growing player in the Pacific Northwest. She started by hiring staff and doing something very millennial – she brought technology into the workplace.Struggling to find employment in the recession, Moore reluctantly accepted a position as a receptionist at her father’s fire sprinkler contracting business. “I basically I told myself I would work there a year, get myself put together, and then move on. But once I started working for Moore Fire, I absolutely loved it. I’m really good at knowing how to organize things, how to develop systems, how to make things more efficient. I started implementing all these changes. I quickly rose to become my dad’s right-hand person, and I just fell in love with the industry.”

“The first major change that I made was the office was very old school when I started,” Moore recounted. “In the beginning, basically my job was physically filing paper work and drawings. It took forever.”

Moore realized she could quickly scan every piece of paper- work in the office into an electronic filing system and move Moore Fire to the point where they were no longer paper bound. Next came a new online project management system along with a few other technological upgrades, and suddenly, Moore Fire was much more efficient.

Balancing Art and Business A couple years after Moore started at Moore Fire, her father Tracy got involved with their local AFSA Pacific Northwest Chapter. “[My dad] and I go hand-in-hand, helping each other and being a team. After a couple years, he started bringing me to [chapter meetings to] see if I could implement any new changes, like helping with the website or social media,” Moore said, thinking back to her start with AFSA.

After quickly refreshing their communications and marketing efforts and joining social media, the chapter started seeing results with increased attendance and membership. Ron Greenman of the AFSA Pacific Northwest Chapter said of the up-and-comer: “Her enthusiasm, drive, and creativity has brought the chapter into the 21st century, giving us a social media presence, re-invigorating the chapter newsletter, and creating a chapter branding. Tiffany Moore is inexhaustible.” 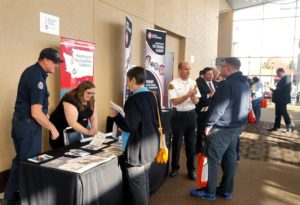 From the local AFSA chapter, her father introduced her to the Washington Fire Sprinkler Coalition in hopes that she could use her design talents to further the fire sprinkler cause. At the time, the Coalition was trying to pass legislation in Washing- ton for a fire sprinkler mandate in residential homes, which ultimately did not pass.

Moore said, “Everybody was really frustrated. They went back to the drawing board to think of a new way to approach this. Part of why we were denied was because the state was saying, ‘Why do we need to do it as a whole when you already have the ability to do it city by city?’”

Then, the idea for the Best Practices guide was presented. Fire Marshal Todd Short of the Redmond Fire Department in Redmond, Washington explained, “Tiffany has demonstrated an ability to take conceptual ideas and incorporate them into finished products. She formatted and provided the design of our state’s Best Practices Guide for the Installation of Residential Fire Sprinklers, an important work that is providing Authorities Having Jurisdiction (AHJs) an ability to achieve consistency in applying NFPA 13D.”

In fact, the guide was so successful that it was featured at a Washington State Fire Marshal retreat, and the Coalition couldn’t be happier. Jeffrey Hudson, a field representative with the National Fire Protection Association (NFPA) based in DeSoto, Kansas said: “Tiffany has worked tirelessly for the Washington Fire Sprinkler Coalition to make sure that people of all walks of life and of all ages are more protected from fire by making this affordable technology and minimum building code standard adopted everywhere.”

Fire Marshal Jeff LaFlam of the Northshore Fire Department, Northshore, Washington, who heads the Coalition, says Moore has been a tremendous asset. “Tiffany brings a special energy and commitment to her work that makes me feel good about passing the torch of fire sprinkler advocacy to the next generation.” 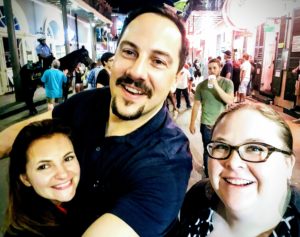 It’s a Beautiful Time to Save Lives Moore is constantly seeking to see beauty and opportunity in the common things in life. In 2014, her father and Pacific Northwest Chapter Chair Tracy Moore traveled to AFSA headquarters in Dallas for a Chapter Leadership Conference where he met Meaghen Wills of Anchor Fire Protection in Perkiomenville, Pennsylvania and chairwoman of AFSA’s new NextGen Initiative, its young professionals group.

Thinking NextGen sounded like something his daughter would enjoy, Tracy Moore suggested she reach out to Wills. “I called Meaghen because I had some questions about project management. It was the first time I met someone my age in a similar position doing exactly what I was doing. It showed me ‘wow, this is what the NextGen is about.’”

When then-Chairman Joe Heinrich of Bamford Fire Sprinkler Co. in Salina, Kansas started NextGen, Wills and Moore took on the leadership role and started immediately recruiting members. AFSA Board Secretary and Director Linda Biernacki of Fire Tech Systems, Shreveport, Louisiana recalled, “I am personally excited about our young women leaders taking the initiative to get our under 40 members involved in the industry. Tiffany Moore is a go-getter. She is always willing to help and never backs down from a challenge.”

The group slowly began to gain traction on the national stage, but it wasn’t until the national convention in Phoenix that year that things really started to come together for the NextGen.

At dinner one night with other NextGen volunteers, Moore remembered, “It was a great conversation talking about millennials in our industry, what we’re doing, why we’re here, what we are trying to do with NextGen. The whole convention got me really excited for everything we were doing. That gave me the foothold to AFSA national committees because of the introductions I made through Meaghen.”

Moore and fellow female chapter leaders and staff gathered during the Leadership Conference in Fort Worth, Texas earlier this year.

“I am really excited about Public Education & Awareness, because I feel like I can bring my illustration knowledge and marketing knowledge to help me create some different perspectives to generate awareness for our industry,” Moore mused. “For the Membership Committee, I love the idea of helping to grow our membership.”

First Vice Chair of the AFSA Board of Directors and Chair of the Membership Committee Wayne Weisz of Cen-Cal Fire Systems in Lodi, California, says he has enjoyed watching Moore grow and gain confidence on the national stage. “She started off understandably a little shy, but as her confidence has grown, her input has become very insightful and helpful. When the NexGen group started to form, Tiffany got on board right away. She has become a respected leader within the very exciting and fast-growing NextGen group. Tiffany has a great attitude and a real passion for this association and the sprinkler industry as a whole. It is so nice to see a young person of her caliber come along and want to get involved with her industry.”

As she looks forward, Moore sees an increased need for programming, like the NextGen Initiative. “We’re going to be the next generation in the fire sprinkler industry regardless if we’re taught and trained or not. We’re trying to bridge that gap between the older and younger generation to retain and build upon the wealth of knowledge from the previous generation, to ensure the continual growth of our industry and never take a step back.” 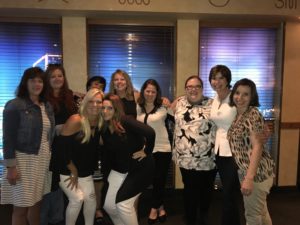 The fire sprinkler industry – and AFSA – is growing, and as more baby boomers head towards retirement, the NextGen Initiative will become more impactful in the future of the industry.

“One of my favorite things about being involved in the fire sprinkler industry is that I get to meet and work with quality, passionate people, and Tiffany is certainly no exception,” Lainey Liotta of Tyco Fire Protection Products, Lansdale, Pennsylvania, said. “Tiffany’s passion for the industry, and life in general, is evident in everything she takes on. Her creativity and knack for thinking outside of the box has not only helped her to become a respected voice within the fire sprinkler industry, but also be tremendously effective in educating younger generations within the community about the importance of fire protection.”

In five years, Moore hopes she is running Moore Fire alongside her father and working on a children’s book. “If I could create a children’s book now about the importance of fire sprinklers, I could really leave a mark for our industry in the world. I believe that creating awareness in young minds about the importance of fire sprinklers is how you make worldwide change for our future generations.”

Honoring a Bright Future Good leaders are innovators, forging a path for others to follow. Great leaders, however, inspire others to aim higher, dream bigger, and achieve greater.

The Young Professional of the Year award honors the contributions of promising fire protection specialists and serves to reaffirm the growing importance of fire sprinkler knowledge among the next generation of industry leaders.

NextGen Initiative Chair Meaghen Wills of Anchor Fire Protection, Perkiomenville, Pennsylvania and 2016 Young Professional of the Year said, “Tiffany’s enthusiasm for the fire sprinkler industry is apparent in everything she does. Her work with Washington State on fire sprinkler education, volunteering her time with the Pacific Northwest Chapter, and her leadership in the NextGen Initiative has propelled her to where she is today. She is a leading young professional in our industry.”

The award also seeks to promote the emergence of young, talented professionals and inspire companies to invest even more in the development and excellence of the profession.

NextGen Initiative member Amanda Rehker of BlazeMaster, Cleveland, Ohio recounted: “It has been a pleasure watching Meaghen and Tiffany work as a team to bring NextGen to the next level. Tiffany is one of the most welcoming individuals I have ever met, and she has such a strong passion to help grow the fire protection industry.”

The Young Professional of the Year second annual award will be presented to Moore during the general reception Tuesday, September 26 at AFSA36: Convention, Exhibition & Apprentice Competition in Las Vegas.