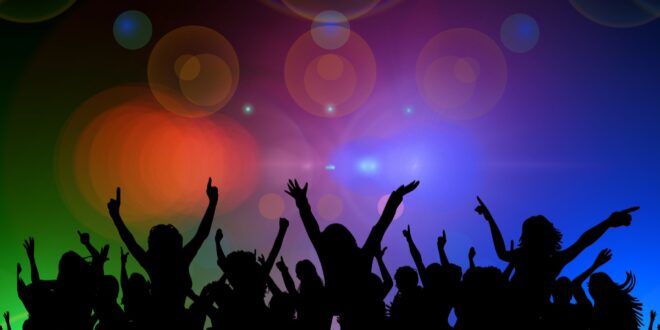 Happy Up! Nothing good lasts forever, and nothing bad does either. Image by Gerd Altmann from Pixabay

Despite the challenges we’re living through—from economic recession, war in Ukraine, and the nightly news showing criminal atrocities—not to mention the pandemic or the availability of trained people to hire—we need to remain optimistic to succeed. Let’s learn from the past… It’s a little-known fact that more millionaires were made during The Great Depression than in any other era in U.S. history. It is important to note that the Great Depression actually started a few years before the 1929 stock market crash and lasted until World War II brought the country out of the Depression.

In the years before 1929, as more and more credit had been extended to businesses and individuals, the economy was tipping over the edge from available cash to way too much credit debt. When the amount of extended credit reached a critical mass and companies could no longer pay the credit bills, the companies crashed (the 1929 debacle.) When workers lost their jobs, they could not pay their credit debts, and the housing market and banking industries crashed. Those people who had cash on hand became very wealthy buying businesses, especially those providing war-related products. Cash is king in any business, but especially true in tough times.

How can we be optimistic with all around us seeming to collapse? Morality seems to be slipping away, there are open borders and a political divide, and gas prices are crushing family budgets. The threat of expanding war in eastern Europe with rumors of chemical or nuclear weapons is frightening to hear. It’s a frightening time for sure. That said, multiple studies show that we humans are optimistic by nature.

A 2009 study from the University of Kansas and Gallup presented at the Association for Psychological Science in San Francisco found optimism to be universal and borderless. Data from the Gallup World Poll drove the findings, with adults in more than 140 countries providing a representative sample of 95 percent of the world’s population. The sample included more than 150,000 adults. Eighty-nine percent of individuals worldwide expected the next five years to be as good or better than their current life, and 95 percent of individuals expected their life in five years to be as good or better than their life was five years ago. The United States ranked number 10 on the list of optimistic countries. Demographic factors (age and household income) appear to have only modest effects on individual levels of optimism.

In plain English, HAPPY UP! Nothing good lasts forever, and nothing bad does either. Focus on the job at hand and stop allowing the negative message(s) bombarding us from the media to drive our attitudes. Build a backlog of business with a reasonable margin to maintain longevity and look at your market trends instead of letting others with negative beliefs drive you toward lower-priced work that will not sustain your business plan(s).

Organizational culture is always driven from the top. Your teams will follow your lead and emulate your attitude. Be the example, so you look back with pride at how you and your team faced adversity and came through this phase with success and your goals and character intact.

Your membership in the American Fire Sprinkler Association (AFSA) is more important now than ever before. We are all in this together, and knowing that you’re not alone in these challenges is incredibly powerful. Humans are social beings by our nature, and your membership provides opportunities to socialize and converse with peers facing the same challenges. One thing that has always amazed me about our industry has always been the willingness to help our competitors. We are all stronger together. AFSA membership makes all of us better.

The convention committee and AFSA staff are planning a convention to remember with a music theme throughout every event on the menu. Our opening night party will be held at “On the Record,” located in the MGM Park hotel next door to the Bellagio. A short tram ride between the two hotels will deliver you to one of the coolest venues any music lover has ever seen or heard. You can visit their website for a preview at parkmgm.mgmresorts.com/en/nightlife/on-the-record.html.

We will be starting breakfast and seminars an hour later this year, knowing that nights in Las Vegas tend to go a bit longer than other places we visit. And with COVID restrictions hopefully in our rearview mirrors forever, we will be able to return seminars to a more normal level.

Our closing night party will be poolside at the Bellagio, and we will follow the music theme by inviting everyone to come dressed up in costumes related to your favorite era (‘60s, ‘70s, or ‘80s), band, or genre of music. Ya, mon – it’ll be irie. I’m looking forward to seeing you all in October at AFSA41 in Las Vegas! Visit our website at firesprinkler.org/AFSA41 for details and registration.

ABOUT THE AUTHOR: Bob Caputo, CFPS, is president of the American Fire Sprinkler Association. He can be reached via email at bcaputo@firesprinkler.org.

Previous AFSA Membership Has Its Benefits
Next Flashpoint: NFPA Committees

A Sure Bet on Education