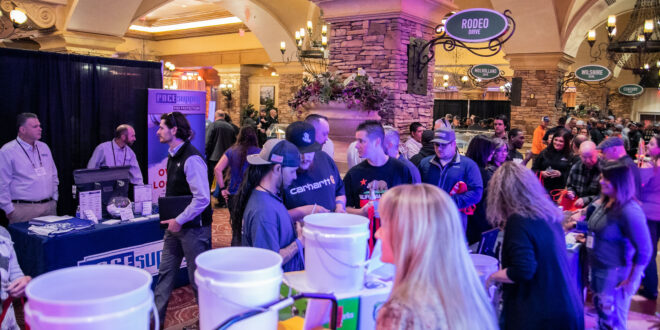 The Sacramento Valley Chapter of the American Fire Sprinkler Association (AFSA) held its 10th Annual Training & Trade Show on March 10, 2022, at Thunder Valley Casino Resort in Lincoln, California. In the morning, AFSA Vice President of Engineering & Technical Services John August Denhardt, P.E., FSFPE, presented a seminar on NFPA 13, Standard for the Installation of Sprinkler Systems. Afterward, the show floor opened, hosting 43 exhibitors from all over the United States and Canada. The show’s location was moved from its original location in Pano Hall to the Buffet Hall due to renovations and could only accommodate a smaller group of exhibitors than in past years. Still, attendance was over 500 with contractors, designers, fitters, apprentices, office administrators, and fire personnel.

“It was a fantastic day,” says Denhardt. “We had an energetic audience in the morning for training, and then the hall was buzzing with excitement that afternoon. It was great seeing everyone in person.”

Attendees enjoyed food, drinks, and a raffle with prizes awarded every 30 minutes. The main raffle prizes were an iPad, large television donated by First Service Insurance, and a trip to Hawaii for two with the winner being Shawn Gray, service manager at Lund Pearson Mclaughlin Fire Protection Systems in Mountain View, California.

“The ability to be back in person to connect created amazing energy and enthusiasm, which resulted in a very engaged audience!” commented James Yost, Talco Fire Systems. “Thanks to Paulene and her team for bringing this show back!”

“The 10th SVC AFSA Trade Show was great!” Adrian Suzuki-Cruz with Senju Sprinkler stated. “It was an amazing turnout! I am glad to have exhibited this year. It was great to see so many fire sprinkler contractors, suppliers, and manufacturers come together. This show was packed with fun things to do throughout the night with lots of food and drinks, free giveaways, and people to connect with. It was truly a great event to celebrate any new fire sprinkler products while having a good time laughing and relaxing with others. I look forward to coming again next year.”

“The Sacramento Valley AFSA chapter holds great events throughout the year and the trade show in March was one of the best,” commented Shelley Bainter with ServiceTrade. “Chapter leadership builds a very strong program and it provides ServiceTrade with a great place to talk to members about what’s happening in the industry and their businesses. We’re proud to be associated with AFSA and meet up with members every chance we can. Thank you to Executive Director Paulene Norwood—you rock!”

AFSA’s Senior Director of Membership & Chapter Support Bruce Lecair and AFSA’s Director of Membership & Chapter Relations Meda Merritt were thrilled to attend and thoroughly enjoyed the show and the people. “The Sacramento Valley Chapter does a great job putting on this event,” says Lecair. “AFSA National was excited to speak about AFSA and its programs, have a  booth, and see everyone on the West Coast.”

Mark your calendars for the Sacramento Valley Chapter’s 11th Annual Trade Show in March 2023! The chapter is hoping to expand the show next year, once renovations are completed at Thunder Valley Casino later this year.

“We are grateful to everyone who sponsored the show, donated raffle prizes, and exhibited with us this year,” said Norwood. “We know next year’s show will be even bigger than before and we welcome everyone to join us!”

For more information on the 2023 Trade Show and other Sacramento Valley Chapter events, contact Chapter Executive Director Paulene Norwood via email at paulenesacvalleyafsa@gmail.com or visit sacvalleyafsa.org. 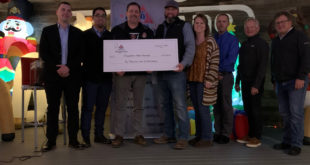