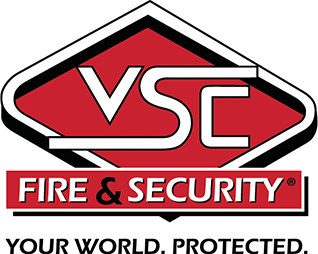 Recruiting in the Fire Sprinkler Industry

Many companies in the fire sprinkler industry today, and in trade industries as a whole in the United States, are facing a new problem as the demand for contractor services rises: a lack of skilled contractors entering the industry. As the economy continues to grow and the market for fire sprinkler contractor services does the same, it follows that there are plenty of contractor positions for companies to fill. But as current contractors begin to retire from the industry, and the skills gap widens as fewer high school graduates enter the trades, more and more companies are facing a deficit of skilled employees.

When VSC Fire & Security, headquartered in Ashland, Virginia, found itself facing this problem, the company had to start thinking creatively about ways to solve it. Jeff Lewis, vice president of Inspections at VSC, and his team came up with a plan at the end of 2016. “Looking at our situation,” says Lewis, “and the age of our employees, we knew we needed to recruit some new talent, and we began to reach out.”

They started small, by reaching out into their local community to find out which high schools had vocational programs. They introduced themselves to educators in vocational schools that were in close proximity to their division offices and found themselves with a foot in the door.

Finding the Right Candidates As they began to explore the local vocational schools, VSC found there were plenty of opportunities to recruit, but they had to remain vigilant. “These aren’t just kids being trained as pipe fitters,” states Lewis. “We met kids being trained in plumbing, electrical, firefighting, etc. I didn’t realize these high school vocational programs had these fire safety and fire protection programs, but they’re gearing everyone toward firefighting. We had to fight the fire service for the kids who have an interest in fire protection.”

VSC calculated that it was a one- to four-year investment when recruiting employees directly out of high school. So they started small, with just couple of high schools or a few community colleges, if they were linked to the high school. Their goal was to meet students who had not quite graduated yet, or who were considering the industry, to come take a look at it and see how VSC does business.

They quickly found that to appeal to milliennials, you need to appeal to their ideals. “It’s all about communicating what the mission of the fire sprinkler industry is,” says Lewis. “It’s environmentally friendly. It’s about protection. It’s about saving lives. You could be putting in a fire protection system in a nursing home where your grandmother lives, or the hospital where your sister works. You are protecting your community.”

Creating a Training Program that Fits After finding the right people for the job, Lewis and his team had to take a look internally to make sure they had a way to bring the new recruits to the level of service VSC provides. “We had to ask ourselves, what does our training program look like?” recalls Lewis. “How do we manage it? How do we track their achievements and train them? How do we fit them into our organization, and get them trained to become a fully functional employee? We had to step back and correct our structure.”

District managers and personnel met to discuss the process for moving new employees through a training program and into the culture of the company. It was quickly decided that if VSC recruited someone to come into the company as a fitter, that individual would then enroll in the American Fire Sprinkler Association (AFSA) Fire Sprinkler Fitter Apprenticeship Training Program. If the recruit was more interested in becoming an inspector, they would enroll instead in AFSA’s Inspection, Testing & Maintenance (ITM) Inspector Development program. “With AFSA supporting us with its training programs,” says Lewis, “it makes it easier for us to bring young kids on and have them be functional employees within a couple years.”

When working to recruit inside high schools, VSC was often asked if they have internships. “We didn’t, but we do now,” states Lewis. “That way we can work with kids who are younger, introduce them to the industry.” It is adaptations like this that are contributing significantly to the company’s successful recruiting efforts.

Learning and Growing As time has passed, VSC’s strategy for recruitment has changed. Lewis and his team are learning what to look for at a vocational school, and learning how to better communicate with the kids that they meet. Lewis involved the marketing department, and they worked on a marketing campaign that was geared specifically to high school kids. They created giveaways and banners to draw the kids to VSC’s booth at every job fair and event.

Telling the Best Kept Secret “What I’ve discovered is the sprinkler industry is a well-kept secret,” says Lewis. “There are few educators that I’ve run into who actually know of the sprinkler industry. Most of them thought plumbers put in sprinklers and electricians put in alarms.” Lewis and his team at VSC are doing their best to tell that “secret.” They made contact with local educators this past summer, and they are looking forward to going into classrooms and addressing students directly. Their goal by this time next year is to recruit five or six new employees. “We were hoping for just one, and we found that,” says Lewis. “We’re changing our culture. The fire protection industry never had to go out and look for people before. People always came to us, but they’re not coming anymore. I don’t know what it is, but the well is running dry. We have to go out and recruit them ourselves.”

To do that, you have to have a good message, a good mission, and you have to have the structure ready so that when the young people are coming in they don’t get lost in the process or forgotten about. “The AFSA programs make this possible for us,” says Lewis, “because otherwise we would have to sit down and develop these programs ourselves, which would be impossible.”

Charlotte Johnson is a contributing author for the American Fire Sprinkler Association.

Previous Thank You for Your Support!
Next Tax Cut Bill Contains AFSA Priority