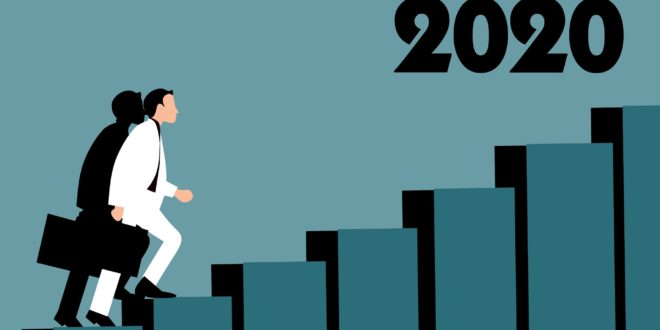 Ted Wills Elected Chair of the Board

A New Decade, A New Chair Newly elected Chair of the Board for 2020, Wills was an active member of AFSA in its early years, serving on the AFSA Board of Directors from 1987-1993. He began his fire sprinkler industry career in 1972 in the sprinkler division of his father’s mechanical company. Upon graduation from Waynesburg College in Pennsylvania, he and his father started Anchor Fire Protection as a separate company.

“The success of each of our members is of utmost importance to me,” comments Wills. “Training, recruitment, and sound fiscal discipline are some of my goals as Chair of the AFSA Board. I look forward to what we can achieve this year and beyond.”

Wills has several areas of interest during his tenure as AFSA Chair of the Board. “Training is our foundation and of utmost importance for our members, and AFSA offers the best programs in the industry. Second, we need to focus on continually growing our membership as we are only as strong as our numbers. Finally, AFSA needs to continue as a financially sound association and be financially responsible with our members’ dues,” Wills notes. “I am proud to serve as your Chairman, and look forward to a productive year ahead. I welcome any and all of our members to reach out to me or any member of our Board with questions and comments.”

Johnson became president and CEO in 2002. During that time, Piper Fire has grown to employ over 220 team members and expanding its services throughout Florida’s West Coast.

Piper Fire was a member of AFSA when Johnson started with his father’s company, and he became active in the local AFSA Florida Chapter in 2011. He has been chapter chair for the past three years.

“I feel so blessed to have the opportunity to give back to this industry that has supported my family for generations,” Johnson says. “My passions and interests in our industry are workforce development and legislative issues.”

Johnson chairs the Florida Chapter’s Legislative Committee and also serves as vice chair of ABC’s Florida Gulfcoast Chapter and is a member of its Apprenticeship Committee. Johnson also represents the fire sprinkler industry on the Florida Construction Workforce Consortium which is a taskforce established to help promote the construction trades as a viable career for all Florida residents from school-aged to adult.

In addition to serving on AFSA’s Public Education & Awareness and Membership & Chapter Development committees, Johnson will also co-chair the Convention Committee with Don Kaufman as planning begins for AFSA39 in Orlando, Florida.

“I am super excited to work with Don and our AFSA team to put together an amazing event for next year,” comments Johnson. “I love attending our annual convention, exhibition, and apprentice competition and I hope all of our Florida contractors will come out to join us!”

Johnson continues: “I love this industry and I hope to be able to continue promoting it through my role as a Director on the AFSA National Board. I hope to be able to impact the national conversation with regards to workforce development and promotion of the construction trades, specifically AFSA’s apprenticeship and training opportunities. AFSA is the national leader in merit-shop training and apprenticeship. I am just honored to serve in any way our leadership needs to further our mission.”

Directors for 2019-2020 The AFSA Board of Directors is comprised of seven Regional Directors (one for each of the seven membership regions), At-Large Directors, and the Immediate Past Chair. The Board has a wide array of expertise, experience, and education that provides strong support to both the Chair and the association as a whole.

Regional Directors Region 1 Director Lyle Hall, president and co-owner of Western Fire Protection in Poway, California, has been in the fire sprinkler industry for 40 years, with the last 24 years at Western Fire. Hall started in the fire sprinkler industry as an apprentice pipe fitter and worked his way into design, project management, sales and eventually management.

“The industry as a whole has experienced solid growth over the last few years,” comments Hall. “In response to that, the AFSA has really ‘stepped up its game.’ We have added staff in response to this growth and to better serve our contractors’ needs. The Apprenticeship & Education committee has taken on new and exciting projects and is updating existing programs. The future looks very bright for our association and I can’t wait to get started in 2020!”

Region 2 Director is Don Kaufman, president of Kaufman Fire Protection, Albuquerque, New Mexico. With over 42 years in the sprinkler business, Kaufman was instrumental in starting AFSA’s New Mexico Chapter and is a past president of the chapter.

Region 3 Director Rod DiBona is the executive vice president and a partner of Rapid Fire Protection, with offices throughout the western United States and headquarters in Rapid City, South Dakota. DiBona entered the fire protection industry in 1990 as a shop employee of Prairie Fire Protection. He then entered the AFSA apprenticeship program in 1991 and started working in the field. In October of 1993 he was asked by Marty Hammon to join him, his son, and son-in-law to create Rapid Fire Protection.

“I am excited about the future of AFSA and the future of our industry,” states DiBona. “As a group of contractors, manufacturers, and suppliers we have come a long way. We must remain humble and nimble to capitalize on the opportunities that lie ahead of us and I am confident that this group will do exactly that.”

Region 5 Director and Secretary of the Board Jeff Phifer is president and CEO of Crawford Sprinkler Company of South Carolina, based in Lugoff, South Carolina, one of the oldest family-owned and continuously operated fire sprinkler contractors in the nation. Phifer has been working at Crawford for 42 years, working as a fitter, service technician, and in administration. In 1999, he became the third generation to be president and chairman of the board at Crawford Sprinkler Company.

Region 7 Director and Treasurer of the Board Paul DeLorie is senior vice president of Hampshire Fire Protection Co., based in Londonderry, New Hampshire. Hampshire Fire Protection is one of the largest merit shop fire sprinkler companies in New England. DeLorie is a graduate of the University of New Hampshire. He has over 35 years’ experience in sprinkler design, estimating, sales, project management, and senior management.

At-Large Directors At-Large Director and Second Vice Chair of the Board Linda M. Biernacki is founder and president of Fire Tech Systems, Inc. in Shreveport, Louisiana. With over 29 years of experience in all phases of business, she is certified by the Women’s Business Council Gulf Coast. She holds NICET Level IV, Senior Fire Protection Engineering Technology Water- Based Systems Layout.

“As the economy continues to remain strong, our continued focus at AFSA in 2020 will be to train members in an attempt to offset the labor shortage we continue to face as an industry,” states Medovich. “Our Inspection, Testing, & Maintenance (ITM) curriculum is second to none and creates a NICET Level II certified inspector in just 20 months, while our apprenticeship program continues to be our bread and butter!”

Here to Serve You AFSA’s Board of Directors is strongly committed to the continuance of the merit shop philosophy, the promotion of property and life safety through the use of automatic fire protection, and the continued development of training for fire sprinkler fitters, layout technicians, inspectors, and management. AFSA members are encouraged to voice any questions, concerns or suggestions with any member of the Board or staff. If you have a question or comment, please select the member you wish to contact from the list located in the front of every issue of Sprinkler Age or on the AFSA website at firesprinkler.org/board.

ABOUT THE AUTHOR: D’Arcy Montalvo is the public relations manager and editor of Sprinkler Age magazine for the American Fire Sprinkler Association. 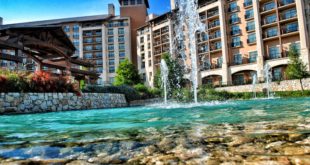 “For the person trying to do everything alone, the game really is over. If you …