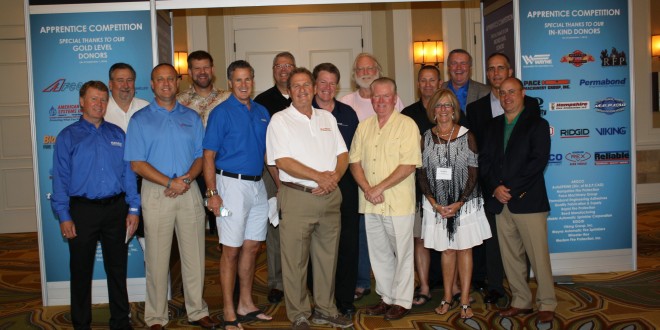 The American Fire Sprinkler Association (AFSA) held its annual Manufacturers/Suppliers (M/S) Council election on August 21. Chuck Kitts of System Sensor in Lansdale, Pennsylvania, was re-elected to a three-year term. Derek Allen of HD Supply Fire Protection in Hayward, California, was newly elected for a three-year term. New members of the AFSA M/S Council will be installed and new Council officers will be elected during its meeting at AFSA’s 34th annual Convention & Exhibition in Phoenix.

The Council, established in 1983, is a national council representing member companies who produce fire sprinkler system components and supply materials and services to the industry. The M/S Council was created to represent the interests of all associate members that make and supply products in the industry, and assist AFSA’s Board of Directors in meeting the goals of AFSA.