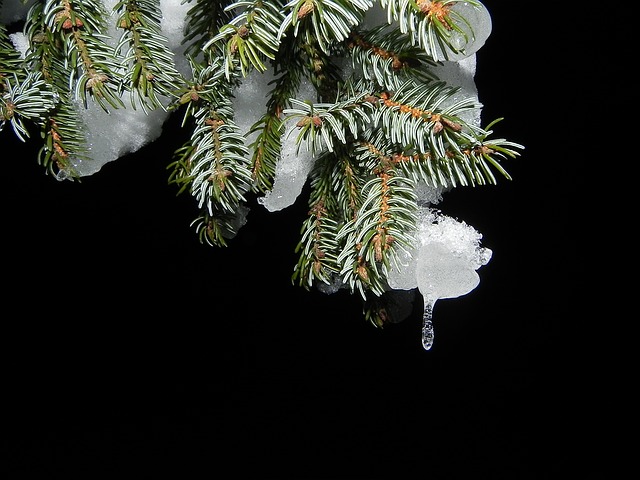 Systems Under Construction vs. Commissioned Systems

You wouldn’t install a wet-pipe sprinkler system in an area that is subject to freezing and exposed to freezing temperatures, right? I’m guessing you quickly answered that question with an assertive, “Heck no!” Well, if that system is being installed in February in the vast majority of the continental U.S., you are, in fact, installing a wet-pipe system in an area that is subject to freezing. Of course, NFPA 13, Standard for the Installation of Sprinkler Systems, section 8.16.4.1 doesn’t apply to a system being installed. Rather, it is intended to apply to the commissioned system in its final state. However, the question is often raised over when it is safe, or even compliant, to hydrostatically test a sprinkler system if the system is subjected to or could be subjected to freezing temperatures.

Sprinkler systems are often installed before the exterior skin of the building is completed and usually long before permanent power and heat is turned on to maintain the temperature inside. I’m sure most installation crews would appreciate working in temperatures above 40°F at all times but in reality, most areas of the U.S. experience freezing temperatures (even if just overnight) for several months’ span. The committees of NFPA 13 and NFPA 25, Standard for the Inspection, Testing, and Maintenance of Water-Based Fire Protection Systems, have addressed the issue of testing in cold temperatures, but the issue is still largely left up to the discretion of the contractor and/or the Authority Having Jurisdiction (AHJ).

NFPA 25 has several references to outside air temperatures relating to inspections including section 13.4.4.2.2 which states that dry pipe valves shall be trip tested during warm weather. For those who are engaged in sprinkler system installations and inspections regularly, this language is simply a reminder of what we already know: water-filled systems can lead to damage when freezing temperatures are present and this mixture should be avoided.

Though NFPA 25 gives us multiple references to “warm temperatures” and “cold temperatures” as demonstrated in section 13.4.4.2.2, there is no definition of either designation. The annex for section 13.4.4.2.2 even states that the trip test should be conducted in the “spring.” This wording doesn’t really help to draw the line between warm or cold temperatures any better since some areas of the country are often covered in snow during the spring season. Therefore, it can be said that NFPA 25, in this example, leaves the decision to trip test a dry system up to the one willing to take the responsibility for any damage if the temperature is in question.

To contrast, NFPA 13 is abundantly clearer as to what temperature is safe for introducing water into a system, right? Not really. There are quite a few references to a temperature of 40°F in NFPA and this has led to a common misconception that NFPA 13 draws the line between cold and warm at 40°F. Section 8.16.4.1.1 states: “Where any portion of a system is subject to freezing and the temperatures cannot reliably be maintained at or above 40°F the system shall be installed as a dry system.” This wording is all too often interpreted to require 40°F to be maintained before a system may be filled with water. However, what most miss in this statement is that there are two conditions that must be present. Yes, the 40° mark is one, but the word “and” implies dictates the other condition, “…is subject to freezing,” must also be present.

We all learned in elementary school that water freezes at 32°F so in order for a system to be “subject to freezing,” we would have to have this temperature present. However, the transition from water to ice doesn’t happen instantaneously so there’s a time factor as well. If a system is located in a building without a finished exterior, blowing wind (wind chill) can be a factor as well. Then there’s the radiant temperature of the building components and the system piping itself that can play a factor. Ever walk into a building under construction on a sunny spring day and immediately feel the temperature drop 10 degrees? As you can see, “subject to freezing” as the primary trigger factor in section 8.16.4.1.1 is not so clear.

Since the phrases “subject to freezing,” or “cold temperatures” are ambiguous and subjective, most of us fall back to the temperature of 40°F as the point at which water is safe in a system, and our risk and liability is in check. Of course, nothing stated to this point helps us determine how or what part to apply to a system that is under construction and not yet in its final state.

Building construction and scheduling have advanced to a point where the overall construction durations are much faster than the past decades. Engineered components are lighter and stronger than similar components of the past, making the preparations and installations also more efficient. This has shifted the critical paths of construction schedules, adding another element of truth to the old adage, “They don’t build ‘em like they used to.”

To assist with the faster pace of construction (and the unpredictability of Mother Nature), temporary heaters are being used in buildings under construction to allow finishes to cure properly but also so that the mechanical systems, which are tested with or use water, to can be inspected without having to wait until “spring.” Temporary heat adds another subjective consideration in the decision on whether a system is “subject to freezing.” Who is responsible to assure the temperature is maintained? What happens if the temporary heat fails or is removed?

The NFPA 13 committee has received proposed changes on this topic and will once again consider whether to add language to the standard. Assistance is still needed for situations where the installer and the AHJ (and sometimes the manufacturer) disagree on whether it is safe to test with water. When temperatures begin to fall but the construction schedule demands a hydrostatic test, there are certainly measures that can be taken to help remove the threat of frozen pipes such as testing with plugs in the drops and draining the drops after the test. This comes at a cost, however, both in labor and material, and still doesn’t entirely remove the threat of frozen pipes since there may be sections of trapped water. The committee previously added section 24.2.1.3 to the 2007 edition of NFPA 13 which allowed an interim air test in lieu of a hydrostatic test when cold temperatures are an issue. For most of us on the contracting side, this didn’t solve the problem. Not only does it add expense in the time to test twice, but pressure tests with air can yield different results. Plus, when CPVC is present, air tests are not necessarily allowed.

For now, the debate remains open on what temperature is safe for hydrostatic tests. It is likely that this debate will remain open indefinitely since the costs and liability associated with it can be excessive. However, the important message to take away is that NFPA 13 requires two conditions to be present to trigger the need for a dry system over a wet system. Temperature is certainly part of that consideration but primarily, the system must be “subject to freezing.”

ABOUT THE AUTHOR: Jason Gill is a contract sales representative and project manager for Fire & Life Safety America, Richmond, Virginia. He has 19 years of experience in the sprinkler industry as a designer, design manager, estimator and project manager. Gill holds a NICET Level IV certification in Water-Based Fire Protection Systems Layout. He is a member of the NFPA 13 Installation technical committee, representing AFSA. 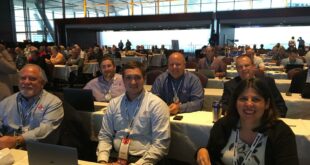 It was great to be back at the NFPA Conference & Expo this past June. …