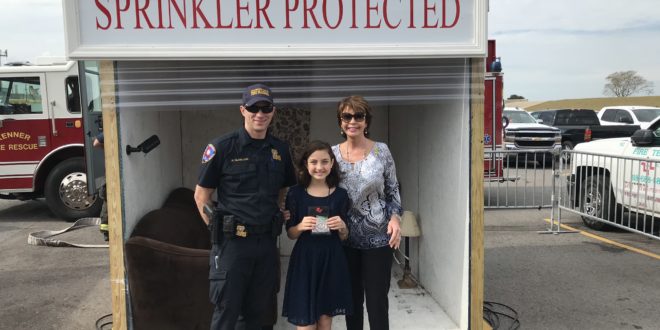 Fifth-grade student Madeleine Rubel recently educated her fellow students, teachers, and community about the value of fire sprinklers. One science fair project has spread awareness and made an impact on generations to come.

Rubel attends Fairfield Elementary Magnet in Shreveport, Louisiana, and during the 2019-2020 school year was required to participate in a science and engineering fair. Knowing that her dad, Rob, worked for AFSA Contractor Member Fire Tech Systems, Inc., Madeleine approached him about an idea she had: “How Fire Sprinklers Save Lives.”

“I decided to do my project on fire sprinklers because my dad works at Fire Tech Systems and I wanted to learn what fire sprinklers are and what they do,” Madeleine said. “Working on the project was not going to be really easy. We needed to find lots of data and it would be hard to collect, but I was determined.”

Madeleine’s father was more than happy to help. “Deep down, it was a nice feeling to have my daughter interested in what I do every day,” Rob commented. “It made this dad proud!

“Madeleine was definitely moved by the concept of ‘fire sprinklers save lives,’” Rob continued. “When she researched the numbers on home fire deaths and then was able to see the significance of fire sprinkler systems during the side-by-side burn demo we attended, she was noticeably excited by the life-saving potential these systems bring.”

Madeleine worked for months on her project, including a field trip her dad arranged to the Louisiana Life Safety & Security Association’s (LLSSA) 2019 convention in Kenner. During the event, the Louisiana Fire Sprinkler Association (LFSA) sponsored a side-by-side burn demonstration which brought all Madeleine was learning to life.

“I was so excited to hear about Madeleine wanting to do her science project on fire sprinklers and how they save lives,” stated LFSA President Linda Biernacki, president of Fire Tech Systems, Inc., Shreveport, Louisiana. “I knew she would be thrilled to see the live side-by-side burn demonstration that the LFSA chapter was sponsoring in partnership with the Louisiana State Fire Marshal’s Office. She was so curious and engaged. On demonstration day, it was quickly evident that Madeleine wanted to be a part of the experience and the team was happy to oblige.”

Madeleine was taken through the steps of how the side-by-side pods were built and explained the logistics of how the fire sprinkler system was installed for the “protected” pod. After that, the Kenner Fire Department personnel took her around the fire trucks to show her the different nozzles, hoses, and various hookups.

“We watched the demonstration, collected the data, and took pictures,” Madeleine remembered. “This demonstration showed me how fast a fire can spread and how dangerous it can be.”

Rob notes that Madeleine was actively involved and an eager participant throughout the day. “First off, she planned very well and brought like three different outfits—a casual ‘working’ outfit and her ‘presentation’ clothes—that really made me laugh. But in all seriousness, she was very interested in every aspect. Madeleine wanted to be a part of the ‘putting-it-together’ process and understand how it would all work as well as see the actual demonstration. She was genuinely affected by her observations of the two different pods after both fires were extinguished. The Fire Tech Systems’ personnel who were there assisting in the construction of the pods were very helpful in teaching her how all of it really comes together.”

“Madeleine was grateful for being able to interact with the State Fire Marshal and the Kenner Fire Department throughout the whole process,” Rob commented. “Everyone was so helpful and so willing to teach a youngster about the fire protection world. I could not have asked for better people to be around my daughter.”

“Mr. Hall and my dad helped me light a test fire and I was able to put it out with a fire extinguisher,” Madeleine said.

“Madeleine learned a lot with the fire extinguisher portion of the project,” stated Rob. “I’m so thankful we were able to be able to visit the Shreveport Training Center to really give her a realistic idea of using an extinguisher to put out a small fire. This really helped to hit home the whole concept of manual versus automatic forms of fire protection.”

Finally, it was time for Madeleine to present her project and findings at the science and engineering fair. “When the judges came around, I showed some pictures, explained why fire sprinklers are important, and then I played a video of the demonstration and what happened to both rooms,” she said.

The judges showed a big interest in fire sprinkler systems, and a lot of questions were asked: “Can I have a sprinkler system installed in my house?,” “Do all the sprinklers go off at once?,” and “What are the different color liquids in the glass bulbs on the sprinkler heads?” Several judges made multiple visits to Madeleine’s display table, and some brought others over to show them her presentation.

Madeleine was also able to spread awareness to her teachers and school friends. “Most of the children in my grade didn’t know what fire sprinklers were and, if they did, they only knew because they had come to my house which is protected by fire sprinklers,” Madeleine said. “They thought they were cool after they saw my project, but I don’t think they understand how important they are just yet.”

Rob is proud of his daughter and her hard work on this project. “My hope was that she would be able to do this project and really get excited about fire sprinklers, like all of us in the industry tend to be. In the end, just being exposed to the real numbers and the real experience of a side-by-side burn demo was more than enough for her to be passionate about fire sprinklers.”

“As a dad, I could not have asked for a better experience for her as far as science projects go. But I can’t express this enough—she just needed to see all of this and the process of going through it was powerful enough to make her want to learn it and be excited by it. I think that says a lot about our industry.”

No doubt Madeleine has made an impact with her family, her peers, and everyone involved in her project.

“I think there have been many people throughout this process who have been noticeably intrigued by the subject matter—teachers, fellow students, science fair judges, and others who were very interested in the information she presented,” Rob commented. “I am so happy that Madeleine and I were able to share an experience like this and that she was this interested in what I do for a living. The fire sprinkler industry has given me so much already; this is just one more awesome experience to add to that list.”

Kudos to Madeleine on a project well done and for bringing the message that fire sprinklers save lives and property to her peers. The impact this project made on Madeleine and others will be a lasting one.

“I will always remember how important fire sprinklers are and how effective they are as a form of fire protection,” states Madeleine. “And they save people’s lives!” 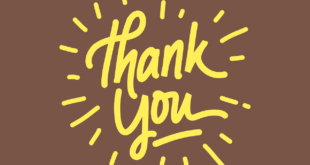