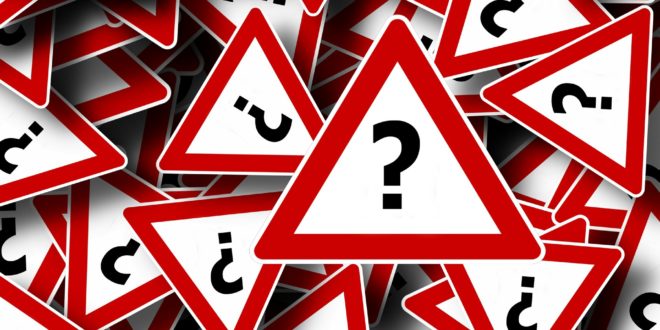 The informal interpretations featured in this issue of Sprinkler Age address standpipe issues. AFSA’s informal interpretations are provided to AFSA members by Senior Vice President of Engineering & Technical Services Roland Huggins, PE; Senior Fire Protection Engineer Russ Bainbridge, PE; and Technical Programs Specialist Tom Noble, CET. These opinions are provided for the benefit of the requesting party, and are provided with the understanding that AFSA assumes no liability for the opinions or actions taken on them.

ANSWER: In response to your questions, we have reviewed NFPA 14, Standard for the Installation of Standpipe and Hose Systems, 2016 edition as the applicable standard. Our informal interpretation is separately addressed below. The International Building Code (IBC) section 905.4(2) states a hose connection shall be provided on each side of the wall adjacent to the exit opening of a horizontal exit. The exception states: “Where floor areas adjacent to a horizontal exit are reachable from an interior exit stairway utilizing a hose connection with a stream of 30 ft with a hose of 100 ft, a hose connection shall not be required at the horizontal exit.” Now, NFPA 14 section 7.3.2.2 states: “Hose connections shall be provided on each side of the wall adjacent to the exit openings of horizontal exits.” The exception listed in section 7.3.2.2.1 states: “Where all floor areas are reachable from an exit stairway, hose connection on the same side of a horizontal exit within the distances required by 7.3.2.2.1.1 or 7.3.2.2.1.2 as applicable, the hose connection on the other side of the horizontal exit shall be permitted to be omitted.” The IBC is a little ambiguous but correlates with the more explicit NFPA 14 criteria. It says the connection can be deleted from the other side of the horizontal exit. So clearly, either one or both connections can be omitted. The reason it is the “other side” of the horizontal exit (that being away from the stairway being measured to) is that the fire department needs to be in a relatively safe area in order to access the hose connection and to make preparations to attack the fire. This requires being separated from the fire by fire-rated construction (just like being in an adjacent stairwell). Where you have a potential problem is that the standard and the code don’t coincide with each other. As already stated, the IBC only allows a maximum of 130 ft from a stairwell to the horizontal exit. NFPA 14 section 7.3.2.2.1.1, on the other hand, states the travel distance in section 7.3.2.2.1 shall be 200 ft (61 m) for sprinklered buildings. Section 7.3.2.2.1.2 states the travel distance in section 7.3.2.2.1 shall be 130 ft (39.7 m) for nonsprinklered buildings. This is where it can be confusing due to the code and standard using different requirements (no allowance for sprinklered buildings). There are actually two items. NFPA states a maximum travel distance, where the IBC states a hose length with a distance for the throw of the hose. This is a nuance that can impact the outcome but is minor compared to the overall difference in distance for sprinklered buildings. Since a code supersedes a standard, the IBC 100 ft plus a 30-ft throw is the allowed distance. Having said that, there is an inherent conflict in the IBC on maximum distance from connections when compared to stairwells.

IBC section 905.4(6) states: “Where the most remote portion of a nonsprinklered floor or story is more than 150-ft away from a hose connection or the most remote portion of a sprinklered floor or story is more than 200 ft from a hose connection, the fire code official is authorized to require that additional hose connections be provided in approved locations.” This section coincides with the distance defined in NFPA 14. It’s reasonable to apply the longer distance defined in NFPA 14 for horizontal exits based on this section of the IBC regarding overall distance from stairwells. After all, a horizontal exit is fundamentally functioning as another stairwell. Naturally, this will require approval of the Authority Having Jurisdiction (AHJ). Hopefully, we can get the code and standard on the same page during the next revision cycles.

Regarding how to define the floor area covered by the 30-ft throw, a better way to phrase it is to ask whether walls impact this issue. As you provide as an example, if I have a closet 20-ft down the hall from the end of my hose, is this acceptable? A closet would be easy to argue that it doesn’t matter due to the tiny area occupied by most closets. The same question, though, applies to an office or other rooms with a larger fuel load. Although not well stated, by requiring the area be reachable with a 30-ft throw the standard tells us we cannot ignore the walls. The 30-ft throw cannot reach the floor area inside the office unless the hose nozzle reaches the door. Having said that, many fire departments carry multiple hose packs. If that is the case, the AHJ could reasonable accept ignoring the walls since they know that application of the 100 ft plus 30-ft throw provides spacing well within the ability of the fire department to fight fires in any location.

When a roof slope is equal to or greater than 4 in 12, equipment is less likely to be installed at the roof level and there is less debris (leaves, trash, etc.) build-up due to the slope. It is also dangerous for firefighters to be on top of a roof with a slope of 4 in 12. These conditions reduce the likelihood of a fire and the fire department will not put firefighters directly on the roof, removing the need for a hose connection at the roof level.

ANSWER: In response to your question, we have reviewed NFPA 14, 2016 edition as the applicable standard. Our informal interpretation is the piping and control valve for a roof hose connection are to be 4 in.

QUESTION: “I have a facility with a utility shaft constructed with the same fire-resistant rated construction as the stairwell next to it. Can the standpipe be in this shaft with other building utilities? Or does it have to be alone? We were directed to route a section of the standpipe through the shaft. When the AHJ performed the inspection, he stated this is not allowed. He stated the standpipe must be in a separate fire rated enclosure with no other utilities per NFPA 14 section 6.1.2.2.1(2).”

ANSWER: In response to your questions, we have reviewed NFPA 14, 2016 edition, as the applicable standard. Our informal interpretation is the standpipe is not required to be alone in the rated shaft. Section 6.1.2.2.1(2) states: “protection shall consist of one of the following methods… enclosure in fire-rated construction with such rating equal to that of the enclosure fire rated exit stairway.”

The IFC (requiring the same thing) states “standpipe systems not located within an interior exit stairway shall be protected by a degree of fire resistance equal to that required for vertical enclosures in the building in which they are located” in sections 905.4.1 and 905.6.1 for Class I and Class III standpipes. Unless there is a local amendment to the building code or NFPA 14 in the applicable jurisdiction, a rated mechanical shaft fully complies with the requirements. There may be some confusion because the standpipe is often in the stairwell. The stairwell has restrictions on other mechanical systems with an exception for standpipes. This effectively creates a shaft with only stairs and the standpipe. This is a restriction associated with using the stairwell for egress and has nothing to do with the standpipe.

ANSWER: In response to your question, we have reviewed NFPA 14, 2016 edition as the applicable standard. Our informal interpretation is the 100 psi is the residual pressure.

Actually, both automatic and manual systems are hydraulically calculated so section 7.8.1.2 applies to both types. The main function of section 7.8.1.2 is to remind us that a calculation is required, that 100 psi is required, and the most important part is that the calculation terminates at the fire department connection. The fact that this section says “calculations” implies that it means residual pressure. This is further confirmed by the annex material which states: “A.7.8.1.2 It is not the intent of this standard to provide an automatic water supply for manual standpipe systems. Manual standpipe systems are designed (sized) to provide 100 psi (6.9 bar) at the topmost outlet using a fire department pumper as the source of flow and pressure.” By it stating “flow and pressure” it tells us it is the residual pressure.

EDITOR’S NOTE: These interpretations were prepared by AFSA’s Technical Services Department in answer to specific questions from contractors and/or AHJs. These opinions are provided for the benefit of the requesting party and are provided with the understanding that AFSA assumes no liability for the opinions or actions taken on them. AFSA members can access past informal interpretations online. Visit firesprinkler.org, click on “Technical Services” and then “Informal Interpretations.” (Member user name and password required to gain entry.) 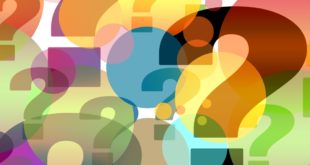 Have Issues with ITM?