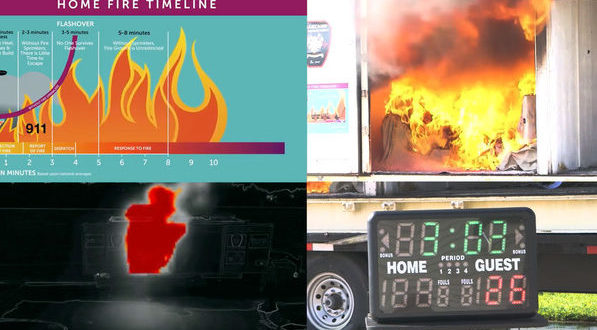 On average, seven people die in home fires in the U.S. every day (NFPA). Of all structures, homes are where we are most vulnerable, accounting for four of every five fire deaths and three of every four fire injuries. Research also shows that modern home fires, which produce more toxic smoke than in years past, are associated with higher rates of cancer in firefighters.

As you know, installing sprinklers is the best protection available to minimize home fire injury and death for both civilians and responding firefighters. And with a sound (if somewhat mercurial) new-housing market presently, there is ample opportunity to put a significant dent in the home fire problem by making sprinkler installations the rule rather than the exception.

But in communities of every size, local and state fire safety officials and other advocates are finding it difficult to initiate or strengthen new-home fire sprinkler requirements. That’s because powerful lobbying is blocking these life-safety codes in more than half the states. In 2016, the independent, nonprofit newsroom ProPublica documented the unprecedented campaign being waged by national homebuilder and real estate groups to stop residential fire sprinkler codes.

That campaign continues today; and millions of dollars are bankrolling its enduring status, which is grim. The NFPA Fire Sprinkler Initiative has tracked 29 states that currently prohibit statewide and new local adoptions. For more than a decade, the NFPA and ICC model national codes have included requirements to install fire sprinklers in all new one- and two-family homes. Nevertheless, local code requirements are hard to come by.

Fortunately, legislating fire codes isn’t the only way to improve life safety. “Where sprinkler codes are not in place, and not likely to be allowed with state or local prohibitions, working directly with new-home developers to negotiate sprinklers is the fastest path the AHJ [Authority Having Jurisdiction] and local planners can take to build in fire protection,” says Home Fire Sprinkler Coalition (HFSC) Communications Manager Peg Paul. “When the topic of requirements is off the table and valuable incentives are introduced, developers are typically much more amenable to the fire sprinkler discussion.”

Focus on Home Fire Sprinkler Incentives This type of local public safety work is textbook community risk reduction (CRR) Paul says, and HFSC wants to see it replicated. “We are using real-life examples from progressive fire departments to seed the concept of locally-negotiated home fire sprinkler incentives across the U.S. and Canada. It’s a new concept for many, so we are working in a variety of ways to put this on the radar of the fire service, planning and zoning professionals, new-home developers and builders, and the fire sprinkler industry.”

In addition to intensive fire service outreach, awarding public education stipends, and creating new comprehensive web content, HFSC has been educating planning professionals about sprinkler incentives via the American Planning Association, the field’s largest member organization. “We are really broadening our reach so as many different stakeholders as possible get the message,” she says. “There is a role for everyone and the more we each do, the safer our communities will be.”

Fire sprinkler incentives, or trade-ups as they are sometimes called, aren’t new. But despite being used effectively by the fire service in many jurisdictions, this progress is too often a well-kept secret. For the past year, HFSC has been shining a light on these sprinkler achievements, featuring diverse case studies on its revamped website and in advertising.

Now, a new home fire sprinkler incentive story is making big news in Texas, which has enjoyed a strong housing market for years: the Mirror Lake duplex-home subdivision in the City of Pearland, the fastest-growing city in the Houston region. The Pearland Fire Department negotiated fire sprinkler installation in all 88 occupancies, which are being developed and built by the Houston-based WanBridge Group.

“The development was a proposed gated community with 44 duplex-type dwellings having a total of 88 occupancies,” explains Pearland Fire Marshal Jason Shafer, who meets weekly with city departments and developers to explain fire codes at the plan submittal stage. “Their challenge was that they could not meet the requirement for two separate and remote fire apparatus access roads. Through these discussions a ‘trade-up’ of installing NFPA 13D sprinkler systems in lieu of a second access was offered and agreed upon.”

Pearland, Texas, AFSA Member Playing an Important Role Featured in the video is AFSA member William Manning, a volunteer firefighter (serving as Station Captain) and the manager of 1st Texas Fire Protection, Inc. in Houston, which has the contract to install Mirror Lake’s NFPA 13D systems. Manning walks through the installation in the video and provides basic information about how fire sprinklers work to save lives.

Having experience with previous fire sprinkler installations in Pearland, Manning has been a key contributor to this incentive success story. “I worked with the Fire Marshal’s Office on plan design and review, and with the City of Pearland Building Department on plan submittals and permitting,” he explains. “And as the project continues, I oversee the installation and perform inspections with the Pearland Fire Marshal’s Office.” The installations are well underway and Manning continues working closely with Fire Marshal Shafer and other City personnel.

Mirror Lake is the first subdivision in the city that will have fire sprinklers installed in every home. 1st Texas Fire Protection is the only residential installer in the neighborhood, Manning notes, but it’s not the company’s first NFPA 13D rodeo. “Oakwood Forest in Bryan, Texas, is our largest single-customer project that we have completed to date (Camillo Properties),” he says. That development has 106 single-family homes protected by fire sprinklers.

“I believe the sprinklers will make a positive impression with Mirror Lake buyers, and I hope the developer markets the homes with fire sprinklers as an advantage,” Manning says. He’s doing his part to ensure the new homeowners understand how valuable their fire sprinkler protection is. He plans to put HFSC’s new Living with Sprinklers laminated hangtag inside each riser cabinet following final inspection.

Having worked on the fire side, and with plenty of experience with the planning and approval process in the City of Pearland, Manning agrees that fire sprinkler incentives make sense, bringing increased safety to the community and often reducing costs for the developer. “Otherwise, it is a very tough sell when the codes do not require sprinklers,” he says.

As Peg Paul told us, everyone has a role to play. AFSA members in any community can help promote the importance of home fire sprinklers by tapping into HFSC’s large collection of free resources. “We strongly encourage members of the sprinkler industry to use our information, illustrations and videos,” she adds. “In recent years, we’ve created material designed specifically to be shared via company websites, on social media, and incorporated into presentations.” The hangtags Manning is using with his NFPA 13D installations are among the many free educational tools that can be customized with AFSA-member logos.

Stay informed about new-home developer fire sprinkler incentives and all HFSC activities at HomeFireSprinkler.org; on Facebook, facebook.com/HFSCorg; on Instagram at homefiresprinklercoalition; and on Twitter @HFSCorg. You can also follow HFSC activities on Pinterest at pinterest.com/hfsc and join HFSC’s networking group on LinkedIn.

ABOUT THE AUTHOR: Julie Reynolds is a communications associate with the Home Fire Sprinkler Coalition.