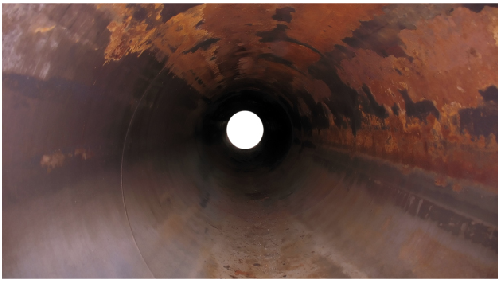 Figure 1. In order for corrosion to occur, three elements must be present: iron, water and oxygen.

Out with the Oxygen; In with the Nitrogen

Extend the Life of Your Fire Protection System

A storage facility in Minneapolis sits quietly one early morning in January. Without warning, and with no one around, water starts to gush from the ceiling. It goes undetected until the alarms sound and maintenance is called. It’s too late – the building and its contents have suffered hundreds of thousands of dollars in irreparable water damage. Just five years into the life of the 10-year building, the facility owner had made countless service calls to patch pinhole leaks. What he didn’t know was that those pinhole leaks were a minor symptom of a rotting system.

Fire sprinkler systems are intended to last the life of a new building. Investments in high-quality pipe, fittings and sprinkler heads are made in the initial construction or remodel phase, but a repair budget is rare. Unfortunately, corrosion-causing pipe damage begins immediately after the system is installed, and often eventually costs building owners their fire protection system, lost property, thousands of dollars, or even worse, cause personal injury or loss of life.

Once a pipe is found to be corroded, building maintenance professionals may enlist the help of their fire protection contractor who puts on rubber patch “band aids” or replaces the pieces of failing pipe. It’s rare, however, that the one pinhole leak they repaired or the one section of pipe they replaced is the only issue. Often times, there’s much more going on in the ceiling that is only moments from erupting into total disaster.

Three elements must be present in order for corrosion to occur: iron, water and oxygen. In combination, the elements work together to eat away at pipe in various places, creating holes the size of pins or pennies.

These holes cause the system to lose pressure and the air compressor kicks in. Eventually the compressor can’t keep up and the system trips, causing water to enter the pipe and leak through the holes – sometimes in a drip, and sometimes in a gush. To eliminate corrosion, the key is to strip oxygen from the pipe and push in 98 percent or greater pure nitrogen. Nitrogen is an inert gas, which means it prevents electrolysis from occurring by eliminating oxygen from the equation and rust does not occur.

Nitrogen generators use compressed air forced through a membrane to separate oxygen, argon, helium and water vapor. Only the pure nitrogen is captured and stored in a tank, which is connected directly to the fire sprinkler system’s air maintenance device. Installing a nitrogen generator is practically plug and play and is a relatively easy process. If a contractor can install an air compressor, they most likely have the knowledge they need to install a nitrogen generator.

How to Choose the Right Nitrogen Generator

When choosing the right nitrogen generator for a fire protection system, there are several factors to consider.

Both the total system size and individual zone capacities will affect the size and number of nitrogen generators required. An automatic system continuously checks to ensure 98 percent or greater nitrogen at all times and a manual system simply requires someone to check the system on a weekly basis.

Everyone Should Know About Nitrogen Generation

The first line of defense when it comes to building a system that will last are the engineers and architects responsible for specifying fire sprinkler systems. Including a nitrogen generator in the original specifications extends the life of the fire protection system and creates an immediate return on investment by essentially guaranteeing a significant reduction in service calls.

Fire protection contractors are trusted partners in building maintenance. Their expertise is invaluable, and they’re heavily relied on for their knowledge and ability to diagnose and solve problems. When a building owner or maintenance technician has hit their pain threshold for service calls and are tired of needing to constantly repair a faulty system, they’ll reach out to other service contractors who can offer a permanent solution. It benefits contractors to keep up with nitrogen generation technology and bring it to the attention of the end-user when it makes sense.

Building owners are savvy and budget-conscious, so they’re especially critical of repeated service calls. One business recently had multiple problems with its fire system requiring maintenance every month for almost three years. Fed up with how much they were spending on service calls, the business owner did his own research and found nitrogen generation technology online. Needless to say, they felt their contractor had a responsibility to provide a reasonable solution to permanently fix the failing system.

Nitrogen Generators are Worth the Investment

Annual maintenance costs can be reduced by thousands of dollars each year by using nitrogen generation. The generator itself is low maintenance, and building owners or property maintenance technicians can monitor the system themselves. Nitrogen generation can extend the life of a sprinkler system by decades, whether it’s installed as a part of a new system or later in conjunction with the replacement of damaged pipe.

As with any technology there are some hurdles to mass adoption. For instance, contractors aren’t all trained in nitrogen generation technology and therefore don’t always include it when they work with engineers on fire protection system design or when they go on customer service calls. Despite the technology being around for several years, it has only recently started to get the attention it deserves, and education opportunities are growing. Distributors like Ferguson Fire and Fabrication can assist contractors with getting the proper education and training on nitrogen systems and nitrogen generator manufacturers offer training and certification programs on the technology.

While upfront costs for a nitrogen generation system may pose a challenge for building owners, the return on investment is worth it. The cost of a nitrogen generator for a standard 250- to 500-gallon sprinkler system can run on average less than $10,000. The nitrogen generator can save that much or more each year in maintenance calls to repair or replace corroded and leaking pipe.