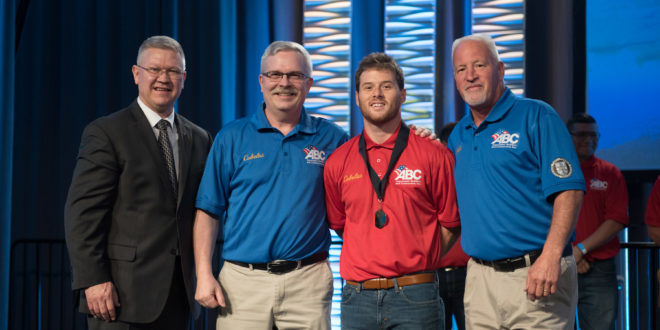 “I have known Bryant since he was a young man when I served as a youth group leader at our church,” says Piper Fire’s President Chris Johnson. “Bryant has excelled at his chosen profession and has impressed our leaders and the leaders of ABC from very early on in his apprenticeship.”

Coffey grew up in the Largo/Clearwater, Florida area, and has been with Piper Fire Protection for six years, starting as a shop/ field helper. He applied for a fire extinguisher technician position and ended up in the sprinkler construction department, finally becoming a full-blown fire sprinkler fitter even though he had no experience with tools or any concept of what construction actually looked like from the inside. He has since graduated from his journeyman apprentice program.

“Bryant’s personal career goal was to medal at ABC National’s competition, and I had very little doubt that he would accomplish that goal,” remembers Johnson. “I am so proud to have been able to spend time with Bryant throughout his teen years and I could not be prouder of the adult he has become.”

“Advanced Fire Protection Systems [AFPS] is incredibly proud of Anthony Alezzy for his accomplishment,” comments AFPS President Justin Szurek. “Tony is a dedicated team player and a process-driven thinker. He respects the fact that every piece of pipe he installs may one day save someone’s life.

“We are thankful for the organizations that train our employees to be among the most qualified sprinkler fitters in the world. AFPS currently employs two second-place ABC NCC winners, and we will continue to seek new opportunities to help us train our leaders to be the best in the industry,” he concludes.

“Zach has demonstrated outstanding technical and leadership skills,” comments Ray Wallace, operations manager at Brenneco Fire Protection. “His dedication to the sprinkler fitter trade and the team at Brenneco places him above his peers.”

ABC’s 2018 NCC featured a field of more than 170 craft professionals competing for top honors in 15 competitions representing 12 crafts, including a team competition with journey-level craft professionals from five different crafts working to complete a joint project. Competitors first took an intense, two-hour written exam and then competed in daylong, hands-on practical performance test. The NCC event is a part of ABC’s effort to raise the profile of careers in construction and highlight the $1.1 billion that ABC member companies spend annually on workforce development. The competition was developed in 1987 to help celebrate and recognize craft training in construction careers. 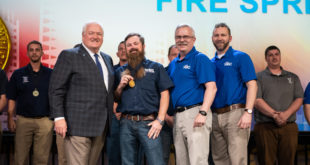