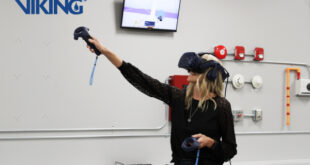 I am writing this article, having just returned from the NFPA Conference & Expo held in Boston. This was the first in-person C&E that NFPA has had since 2019. It was a tremendous success, and AFSA was well represented. Our technical staff presented seminars and had an integral part in the Technical Session, where various standards going through their revision cycle had potential modifications voted on by the qualified membership. If you are unaware of the NFPA code-making process, please feel free to call our Engineering & Technical Services Department, and they can explain the democratic process NFPA follows. Your voice and suggested changes to the standards are not only listened to but are desired by the various code writing committees. AFSA also had staff present at our complimentary booth at the exhibit hall. Attendance at our booth and interest in joining AFSA was very positive! It was great to see our fire colleagues in person for the first time in three years. I do believe that the success of AFSA40, held last year in San Antonio, started the other fire protection associations to return to in-person gatherings. I’m so looking forward to seeing you all at AFSA41 in Las Vegas in October. Make sure to put it on your schedule… you won’t want to miss it!

An important part of AFSA41 is the general session, where AFSA will present its top three awards. One of these awards is the Young Professional of the Year, chosen by AFSA’s NextGen workgroup. AFSA started this Initiative a handful of years ago (Thank you, Joe Heinrich!). If you happen to look around our industry, there are quite a few of us who would not be considered “spring chickens”… just look at my picture at the end of this article if you don’t believe me! NextGen has brought a flurry of talented, future leaders from our industry into our association. So much so that an award has been created to recognize them, the Young Professional of the Year award. This year’s recipient is Katie Meehan with VSC Fire & Security. I have known Katie for, well, her entire life. I have been friends with her dad Mike and her mom Belynda for nearly 40 years. Katie is a very talented, driven individual. What she has done for NextGen and AFSA (nationally and locally at the Virginia Chapter) is nothing less than exceptional. She has accomplished tasks that we didn’t even know needed to be done. She is driven to accomplish her goal of making the next generation the future of our industry. Congratulations, Katie!

The 2022 Fire Sprinkler Advocate of the Year is also someone I’ve known for a very long time. I first met Ron Siarnicki, former fire chief of Prince George’s County Maryland Fire & Rescue Department, in the late ‘70s or early ‘80s. I was an active volunteer firefighter during that time, and our paths crossed quite often. I had a ton of respect for him as our leader… and he was just that, our LEADER. During his time in the county, sprinklers were mandated for all new townhomes and then new single-family homes. This eventually went statewide. After retiring from the county, he was named director of the National Fallen Firefighters Foundation (NFFF). This was in 2001, right before 9/11. I believe that God places people in positions on purpose to handle upcoming situations, and this was one of those divine placements. He assisted with rebuilding the FDNY after they lost over 300 firefighters that fateful day. Our Chesapeake Bay Chapter holds a golf tournament each year, and the proceeds help the NFFF. It has been the charity of choice for over 30 years, ever since I was the chapter chair in the early ‘90s. Chief Siarnicki is very deserving of this award.

I hope you all have a great summer! Take care, continue to save lives, and God Bless.

ABOUT THE AUTHOR: At-Large Director and Chair Jack A. Medovich, P.E., is president & CEO and founding partner of Fire & Life Safety America, formerly known as East Coast Fire Protection Inc., in Richmond, Virginia. A 1983 graduate of the University of Maryland School of Fire Protection Engineering, Medovich served three years as fire marshal of Fairfax County, Virginia, before joining the fire sprinkler industry 35 years ago. He has been active in AFSA since 1991, is past chair of the Chesapeake Bay Chapter, and served as the chair of the Virginia Chapter and a member of its board of directors for many years. He represents AFSA on the Correlating Committee of NFPA 13, 13R, 13D, 24, and 291. In the past, he has served as a member of the following NFPA committees: NFPA 14, 20, 25, 101 and 750. 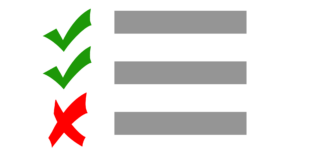