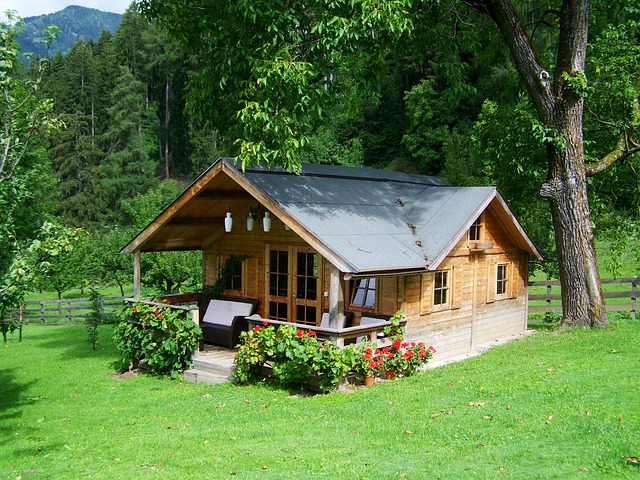 Some people say that size doesn’t matter. They often quarrel over the significance of scale when arguing about quality. Bigger is not always better. In a sense, we engage in this argument all the time when arguing about whether sprinklers are a good idea or not. Are they good enough to protect high-rise buildings but not appropriate for family dwellings? Is there any difference between the use of sprinklers in industrial occupancies versus their desirability in the residential environment?

If you are a proponent of sprinklers, you have to be able to argue that what is good for one fire environment should be good for another fire environment, if the intent is to stop fires when they are as small as they can possibly be. That is the main theme behind life safety in residential sprinklers, yet we have a lot of argument from builders and developers about that decision.

Recently, I was conducting research on residential sprinklers when I ran across an unusual example that might prove the point that sprinklers are truly a life-safety device if properly installed. To set the stage for this, I need to ask you a question. Have you ever seen a sprinkler side-by-side test? I have personally conducted dozens of them and almost always centered around a 10 x 10 module. When the side-by-side fires are conducted, the unsprinklered side usually takes a severe beating. Anybody who has ever observed one of these side-by-sides has a hard time denying damage wrought by that simple demonstration.

Now let’s go to the real world. The typical American home is around 2,600 ft2. Generally speaking, rooms are about 10 x 12 or 10 x 20 depending on architectural design. If we are looking for scale, a fire in a single-family dwelling is usually confined to the building of origin but is still one of the most lethal environments we have.

But, is that environment changing? I would submit that there is a very subtle change occurring that may need our sprinklers even more so than large-area buildings. Have you ever heard of the “tiny house” movement? The concept of the tiny house is based on putting human beings into a space of less than 250-400 ft2. In general, the tiny house movement is a description of the architectural and social movement that advocates living a simpler lifestyle in these small homes. Admittedly, a house that is only 8-ft wide and 15-ft long is not for everybody. But, research on the internet clearly proves that it is a concept that appeals to a specific lifestyle. The tiny house movement reimagines a lifestyle of a single-family dwelling and there is nothing quite like it. If you would like to know more about the concept, go to the internet and type in the words “tiny house movement.” But, don’t stop there. Ask yourself this question: Should these tiny houses be protected by residential sprinklers just like every other occupancy? My answer is yes, they should be protected. I will take you back to the side-by-sides that we have used so frequently. How long does it take for a fire to reach flash over in a 10 x 10 compartment with normal fire loading? The answer is about two to three minutes.

If a fire occurs in that 2,600 ft2 single-family dwelling, we are already telling people they have less than five minutes to escape. In the context of tiny homes, the flame spread could be incredibly rapid and there is usually only one exit to get out. Fire safety may be more critical there than anywhere.

If you are a television watcher, you may have seen this phenomenon on the DIY network. The tiny house concept is being touted as a solution to thousands of homeowners dilemma of life simplification. But, it may be creating another risk management scenario for the fire service.

I am not going to argue whether it is a good or bad thing from a standpoint of housing. But, I will argue that as tiny houses become more mobile and older, they are going to create a new risk-management scenario that should be addressed. As simple as they are in construction, you should be able to put a sprinkler system in at an extremely scaled-down version. Don’t go looking in the NFPA codes for how to sprinkler a tiny house. I fully expect that the tiny house home builders are going to have the same negative reaction that single-family dwelling owners have towards sprinklers. Nonetheless, the risk for a person sleeping in a loft is quite severe in such a small confined space.

There is a phrase that is used in Spanish that represents hospitality. The Anglo version is “My house is your house.” Somewhere along the line there needs to be a supportive statement that “My house is as safe as your house.” I would encourage those of you that have tiny houses in your community to engage in dialogue with these homeowners.

If this trend continues, we might need to come up with a new standard. Maybe it will be called 13T for “tiny house.” But, just because it is a tiny house, it should not be looked at as exempt from ravages of fire. If someone is living in there, and heat sources exist within the building, it needs to be better protected. As the old saying goes, it is better to be safe than sorry.