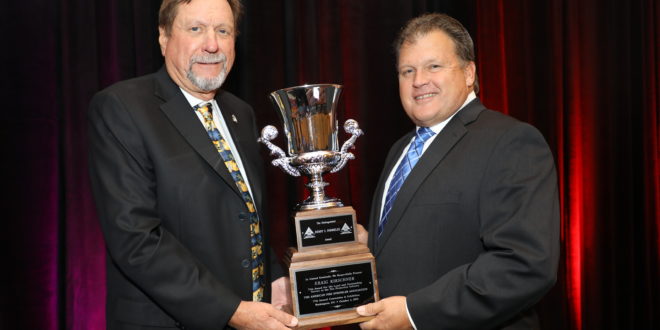 The American Fire Sprinkler Association (AFSA) recognizes those individuals who have given extraordinary support to furthering the advancement and awareness of fire sprinklers. The prestigious Henry S. Parmelee award, esteemed Fire Sprinkler Advocate of the Year award, highly regarded Young Professional of the Year award, and Fire Sprinklers Save Lives Award honor the leaders in the fire sprinkler community and in our Association. AFSA is pleased to announce that nominations for these awards can now be made online.

“We are honored to recognize leaders within the fire protection industry,” comments AFSA Director of Communications & Social Media Nicole Duvall, “and we wanted to make it easier for industry members to nominate those who have made a difference.”

All awards except the Fire Sprinklers Save Lives Award, which is awarded on an ongoing basis, are presented during the AFSA Convention, Exhibition & Apprentice Competition. All award recipients are featured in Sprinkler Age magazine.

Fire Sprinkler Advocate of the Year Award Each year AFSA recognizes outstanding advocacy efforts through its Fire Sprinkler Advocate of the Year award program. The Advocate of the Year is awarded to one individual who sets an example for his or her peers by undertaking a significant amount of advocacy endeavors—at the local, state, national, and international level—on behalf of the industry. The goal of the award is to promote year-around advocacy and acknowledge the positive effects of a single advocate. AFSA’s Legislative Committee votes to approve the recipient for this annual award. Advocates are not required to be an AFSA member. The nomination deadline is March 31 annually.

Young Professional of the Year Award Created in 2016, the Young Professional of the Year award honors the contributions of promising fire protection specialists, age 40 and under, and serves to: reaffirm the growing importance of fire sprinkler knowledge in the world of business and construction management among the next generation of industry leaders; promote the emergence of young talented professionals in the field of fire protection, thus fostering interest for the fire sprinkler profession and a future career in this field of expertise; and inspire fire protection companies and the fire protection community to invest even more in the development and excellence of the profession. This annual award is voted on by AFSA’s young professional group the NextGen Initiative. The deadline is March 31 annually for consideration.

Fire Sprinklers Save Lives Award AFSA established the Fire Sprinklers Save Lives award in 1998 to recognize individuals outside the fire sprinkler industry who help dispel the myths about fire sprinklers by generating public awareness about this life-saving technology. AFSA’s Public Education & Awareness Committee accepts and recommends nominees for this award and they are approved by the AFSA Board of Directors. Once received, the nomination will be considered at the next regularly scheduled meeting of the committee.

To nominate someone for an award visit http://www.firesprinkler.org/awards.

Previous Meeting in Myrtle Beach
Next Mentoring the Next Generation 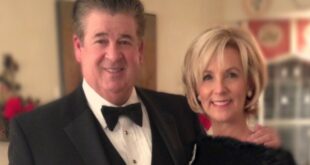