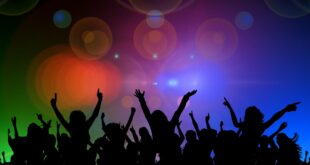 The American Fire Sprinkler Association (AFSA) has elected its 2015-2016 Board of Directors. Newly elected directors include Rod DiBona of Rapid Fire Protection in Rapid City, S.D. (Region 3) and Lyle Hall of Western Fire Protection in Poway, Calif. (At Large).  DiBona will take over the Region 3 director position previously held by Joseph Heinrich, who will continue on the board as the immediate past chairman.

Each year, one-third of AFSA’s Board of Directors is elected to a three-year term, providing continuity in the association’s governing body. The Board consists of seven regional directors (one for each of the seven membership regions), at-large directors and the immediate past chairman.

The 2015-2016 board of directors will be installed and elect its executive committee October 10, 2015 at the AFSA Convention & Exhibition in Phoenix.

AFSA’s Board of Directors is committed to the continuance of the merit shop philosophy, the promotion of property and life safety through the use of automatic fire protection, and the continued development of training for fire sprinkler fitters, layout technicians, inspectors and management. AFSA members are encouraged to voice any questions, concerns or suggestions with any member of the board or staff.  Visit firesprinkler.org/afsa/board-directors/.

Tags AFSA Board of Directors